Laura Millard has exhibited in artist-run, commercial and public galleries across Canada and internationally; including the Art Gallery of Ontario, Angell Gallery in Toronto, Art Gallery of Windsor, Whyte Museum, Banff, Where Where Exhibition Space, Beijing, China, Doris McCarthy Gallery, University of Toronto, Glenbow Museum Calgary, Sookmyung Women’s University, Korea and St. Lawrence University Art Gallery, New York. An artist, writer and educator, Laura Millard is currently an Associate Professor at OCAD University. She received a BFA from NSCAD University in 1983 and her MFA from Concordia University in 1992. Millard has done several artists residencies including the Arctic Circle Residency in Svalbard, the Klondike Institute of Art and Culture in Dawson City, Yukon, the Banff Centre, NSCAD University, Brucebo Studio in Sweden and Red Gate in Beijing, China. 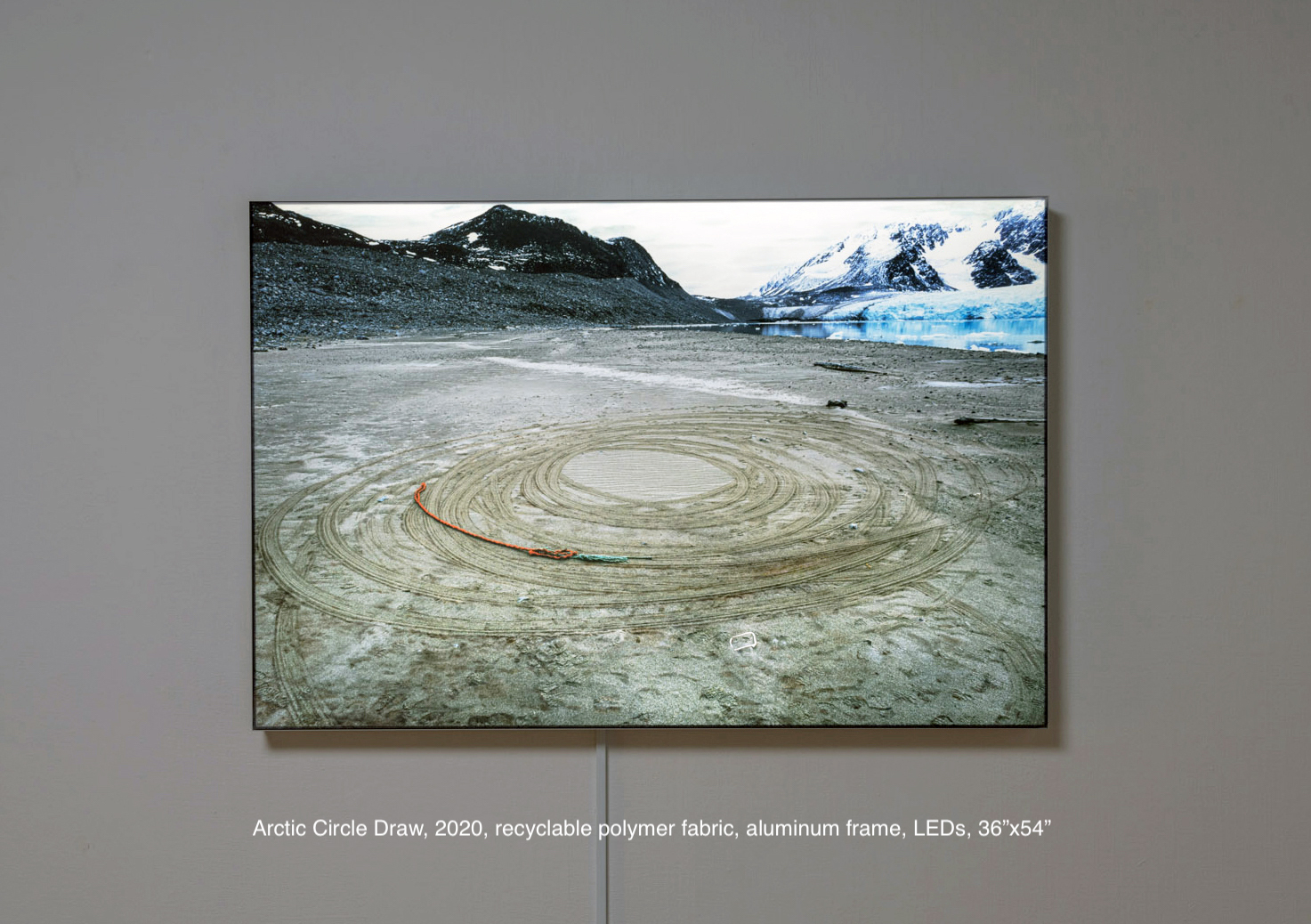 Millard is the recipient of numerous awards. She was been awarded several grants including grants from the Canada Council for the Arts, the Ontario Arts Council, and the Alberta Arts Foundation. She has received critical acclaim for her work in publications such as Canadian Art, Border Crossings, The Globe & Mail, and C Magazine.

An artist, writer and educator, Laura Millard is is currently an Associate Professor at OCAD University and has taught at the Alberta College of Art and Design, Concordia University, Georgian College and NSCAD University.

Every. Now. Then: Reframing Nationhood, Catalogue, AGO, 2017

John Pohl, Montreal Gazette, Strange Shapes at Galerie 175B, December 16, 2016 Leah Collins, CBC Arts, This Drone Footage Will Blow Your Mind But Not For The Reasons You Think, Feb. 17, 2016

Space Channel, Inner Space program on Once is Nothing: A Drone Art Exhibition

Laura Beeston, Sky is the limit at the New York Drone Film Festival, The Globe and Mail, March 4, 2016

Alice Pelot, review of Once is Nothing: A Drone Art Exhibition, artoronto.ca